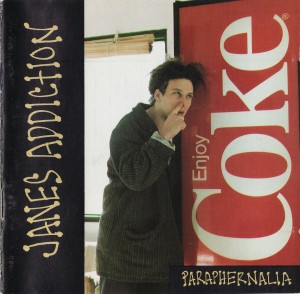 Paraphernalia is a CD bootleg released by Totonka Records.  It contains a handful of Jane’s Addiction recordings from several different sources.  The first three tracks are from a Jane’s Addiction concert at the Cabaret Metro in Chicago, IL from November 25, 1988.  The next track is from the band’s concert four days later at the Union Ballroom at the University of Wisconsin in Milwaukee, WI on November 29, 1988.  The next four tracks were recorded at El Dorado Studios in Los Angeles, CA on February 25, 1988.  The final track was recorded at Lillian Way Studios in Los Angeles, CA in September of 1987. The same content on this disc makes up the majority of disc 3 in the Addicted Box Set.

This disc is fairly rare, mostly because of the overall packaging as the included recordings are not all that particularly rare.  However, the disc packaging includes a number of rare and unique photos of the band, and reproductions of flyers for classic Jane’s Addiction shows.  The cover itself is highly amusing as Stephen Perkins, the only member of Jane’s Addiction to not dabble in hard drugs, is snorting by a Coke machine.

Additionally, the liner notes include an essay penned by Perry Farrell himself titled The Bakersfield Wedding where he describes going with his then-girlfriend Casey Niccoli to Bakersfield, CA to attend a wedding for someone in Casey’s family.  The essay is as follows:

It’s one of those things you do to prove you love someone. Believe me, I dreaded the thought, but I did it anyway. This weekend I gathered together with my girlfriend and met all of her relatives. The occasion was her mother’s remarriage.

She woke me up at 8:30, “We’re leaving at 9:00.” I made a mad scramble to shape up the wedding material. “How do I look?” “O.K., do you think you can take out your nose ring?” “Well, maybe because I’m so dressed up they’ll overlook it.” “Perry, that’s al l they’ll see!” I thought it over. Punk rock! “No compromises, I’m leaving it in!” “Oh, but it was O.K. When I took mine out for your family.” “Yeah, but that’s ’cause my step-mom told me my dad was gonna die soon.” But I had to admit she was right. She had taken hers out for my family, and I just couldn’t embarrass her. It’s one of those things you do to prove you love someone.

The first person to greet us was Casey’s grandma. What a beautiful grandma she has. She had a classic roundness in her cheeks that remained by 70 years’ worth of smiling. My dad told me if I wanted to know how a woman will mature, just check out her ancestry. Her mother, too, was gorgeous. The guy she was marrying was a dead ringer for a game-show host. Almost 50. In fact, Cas and I were the only ones there who weren’t 50.

Old-timers have their own secret society. You never feel it so apparently as when you’re alone with a crowd of them. The wedding was taking places right in the backyard of a perfectly manicured lawn, with rows of stark wooden fold-out chairs. Casey was asked to help her mom get dressed, I peeked out through the backyard window and got cold feet. I decided I would be helpful in the kitchen and befriend the ladies preparing the banquet. Yeah, that might get me in good with them. And it probably did, except I must have looked a little overeager. After ten minutes of laughing it up over the old food preparation, I found out the ladies I was learning with were all hired caterers. I decided the best way to approach the situation was to become completely at home, so I headed out back and sat down, not in a back row corner, but right up front. Within a few seconds everyone was staring at me. I’m not kidding, everyone. I felt like the bride. I hoped she got such a response.

The piano player, playing on a stark white piano, fucked up some notes as I made my entrance, summing up what I was there: a wrong note. I sat down, determined, I’ve always felt you could walk the streets naked and get away with it as long as you never looked guilty. I was, after all, dressed pretty stunning, and dry-cleaned, I might add.

I crossed my legs with assurance only to discover, to my horror, my shoes! The one pair of shoes I never wear. I never wear them because they only go with the pants that I never wear except for family assemblies. The shoes still had $5.00 written in o range across its black leather like a Nike strip. How stupid! Someone actually wrote that with orange marker that would not come off even by spitting on it. How did that escape me this morning? Oh, yeah, I was out of it. O.K. O.K., confidence. I’ll just uncross my legs and relax…

Gee, the piano player plays all night. It always amazes me seeing someone play the piano 20 times as good as I can, stuck in the Bakersfield’s all across the country. Me, I don’t know a C from a D. I like it that way. Music ain’t about no alphabet. Anyway, this girl even sight-reads. All of a sudden the wind blows her pages around and she’s grabbing for ’em, trying to keep playing and she can’t iron it out. I almost jumped up to help her, but I gave her a few more seconds and the wind let up.

Well, we’re waiting now. All of us. I guess I am part of “us”. More like instant “us”; you know, we all have something in common. The things we don’t just tuck away and forget where we put them. Well… “go Lakers!”

Lovely wedding. They tied little white hearts onto ribbons and hung them on the long thin branches of the trees. Under the trees, was the podium, pure white, with pure white little chairs in perfect rows. There’s a relative singing by the piano player. She’s standing totally stiff. The only thing that’s moving is the toe on her right foot. That’s the only sign of body collaboration with the beat. She’s not bad either. In fact, she’s sight-reading. Totally amazing. And right at the height of her song, at the height of the melodrama as the bride entered through the sliding glass door, at the boiling point of my contempt for custom, the idea entered in my that maybe it was I who was completely fucked up, there under the white hearts with the sliced vegetables and meatballs waiting in the wings.

It all meant more to them than anything I’d ever owned. I felt flushed. Her mom approached her new husband, ushered in by Casey, and I suddenly remembered why I told my self I could never get married. The urge to laugh… Why did it happen with something was supposed to be important? I remember busting up while I was getting whaled on by my step mom. It would make her totally furious, ping-ponging around the house, her flailing on me and me just laughing my ass off. Part of the reason I wanted to la ugh was the look on the groom’s face. He had that practiced smile that you see all the time in business brochures. I contained myself, avoiding Casey’s glaze. I guess this was the big show.

The minister went into his speech. “May I see the rings? May I see the rings?” Casey was a little out of herself. She gave him the rings. “Gold!” he shouts. “God’s most precious property! This is what you two must be to each other… These rings are round,” he discovers, “A circle,” he declares. “Never-ending. So must your love be within this marriage.” Boo, I thought to myself. This guy writes some real shit! But I was asking for too much — after all, he wasn’t attempting Hollywood, he settled for Bakersfield. The singing relative was bawling her eyes out.

With the reception over, Casey and I were left to house sit while the newlyweds took off for Hawaii. With a refrigerator full of leftovers and booze, what else you can do but invite all your friends up to party for the weekend? During the day we ate tiny pieces of paper and wen tubing down the rapids of the Kern River. It was like sitting on a fast couch. The kids along the riverbanks would yell shit at us, but we’d totally insult them because we knew they wouldn’t jump in after us.

In the evening we used the house to shoot a movie, all of the time in constant supply of hours d’oeuvres. The movie was about marriage. We called it “Do Snakes Have Hearts?” It starts out with our friend Danusha wearing a pair of sponge thongs, suds-skating like a Dutch girl round and round the kitchen floor, and ends with Casey and me recreating her mom’s wedding. The filming took place in the backyard at about 4:00 a.m. We ate some more small pieces of paper and decided to film standing in our under wear. The breeze blew the white hearts in the trees so that they looked like octopus tentacles. I wonder what the neighbor spying over the fence thought – maybe we were a cult or something? I wonder if we’re in trouble with her mom?

Later that night Casey and I snuck off to her mom’s room and she took out some old things her mom had saved over they years., a picture, drawn in crayon by Casey at three years old, of an elephant. She couldn’t spell her name right but she gave them the biggest, fattest elephant. Why an elephant Cas?

A sixth-grade picture of Casey they gave to all her relatives. She had really bad buck teeth. You could tell she talked a lot in class, laughed and giggled a lot.

Report cards. Start out all A’s and then what does she do? Starts sliding. You could tell when men entered her life.

More three-year old art. I wanna hang it on my walls. God, you couldn’t put my third-grade art on the wall. I used to draw bombs and naked women, They had to hide the stuff I brought home.

There are two known versions of this bootleg.  The first includes the track listing with errors as described below.  This version includes a sticker of a picture of the promotional voodoo doll for the Ritual de lo Habitual album.  Later versions lack this sticker, have the album cover printed on the disc, and have a corrected track listing.  Thanks go out to Matt for the scans of the alternate version. 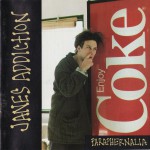 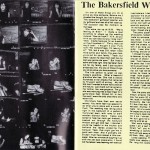 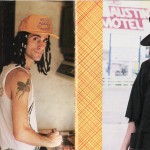 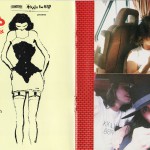 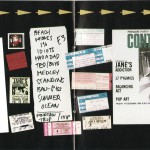 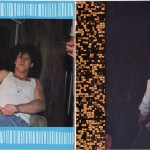 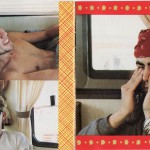 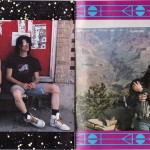 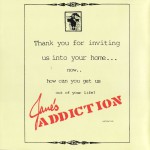 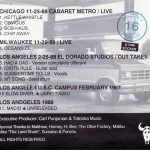 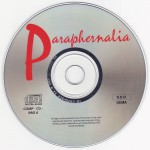 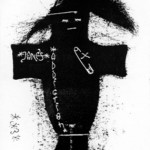 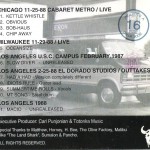 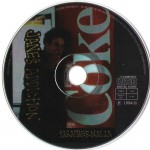