As previously reported, Jane’s Addiction will continue their inaugural show headlining tradition by being one of the headliners for the 2012 Lollapalooza Brasil festival.  The rest of the lineup was announced today and includes notable acts such as Foo Fighters, Arctic Monkeys, MGMT, TV On The Radio, Foster The People, Cage The Elephant, Joan Jet & The Blackhearts and many more. 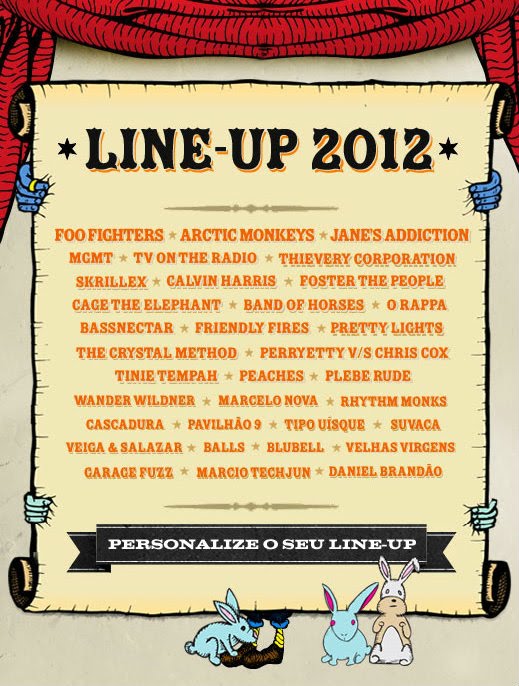