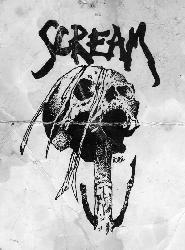 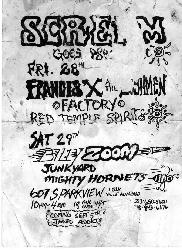 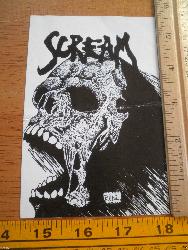 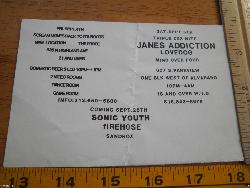 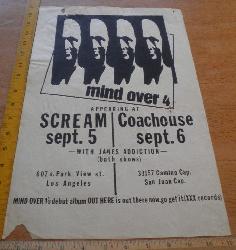 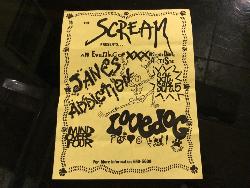 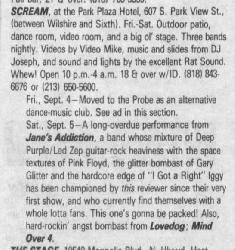 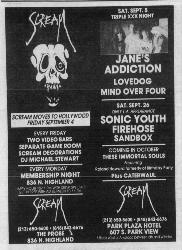 Mind Over Four and Love Dog opened for Jane's.

Average quality audience recording. 45:57. Some cuts between songs (it's unclear if any songs have been cut, or just between-song downtime). Quick cut at the end of "Idiots Rule".

Dave's guitar cuts out during songs several times throughout the show.

"This next song is for the critics. It's called 'Idiots Rule'."

Thanks go out to Dayle Gloria for the info, and 'drifter' for the fliers.