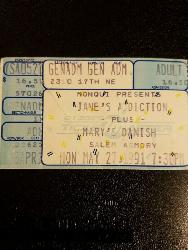 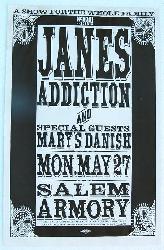 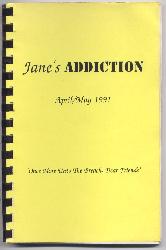 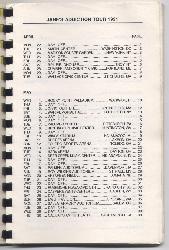 Up The Beach
Obvious
Whores
Standing In The Shower... Thinking
Ted, Just Admit It...
Three Days
Been Caught Stealing
Then She Did...
Mountain Song
Stop!
Summertime Rolls

Above-average quality audience recording put out on a bootleg CD called Standing In The Shower. 61:24. "Then She Did" is incomplete, fading out after about 3 minutes.
There also exists an audience-shot video of average quality. About 72 minutes.

(before "Three Days")
"You still shopping at the Gap? What's going on? Everybody hanging low? Hanging low? Yeah. You are hangin' low, you just don't know it. If you're hangin' too high, you'd better get lower, let me tell you that. I'll fuck you, child. I'll bring you down a little."

(before "Summertime")
"You must be crazy. Look, pal, hey hey. You can come up here and kill me, man, I give you permission if you got the guts. Cheap shots, man, cheap shots are nowhere. Anybody can do a cheap shot. You got five seconds; three, four, two, one. Alright. Now for the rest of you, I'm gonna sing my heart out."

(near the end of "Summertime")
"That is what we call our 'champagne set.' Goodnight, everybody. It's been beautiful."

SANTANA MOVES AHEAD
Author: MARTY HUGHLEY - of the Oregonian Staff

STILL A HABIT: Jane's Addiction, who sold out the 5,000-seat Chiles Center at the University of Portland last fall, is making another swing through the Northwest already. This time the band will stop further down the valley for a 7:30 p.m. show in the Salem Armory Auditorium on Monday, with fellow California band Mary's Danish as opener.

Having attained cult-star status as a decadent, art-metal glamour boy, singer Perry Farrell (change the accents and it's "peripheral") already is acting fickle. He trotted out the old David Bowie trick of announcing his retirement after the first blush, then he said he just wouldn't be working with the band any more, then he retreated to the milder position that the band would take a long break from touring.

Whatever the case may be, Jane's Addiction currently is hitting some odd whistle stops, such as Warwick, R.I., and Casper, Wyo. -- which looks less like the path of a band ready to take a rest than one trying to expand its fan base beyond arty urban types.

Jane's Addiction will also be headlining a big-deal summer package tour called "Lollapalooza." Other bands scheduled for the trek include black-rock titans Living Colour and the noise-dance outfit Nine Inch Nails. No Northwest date for the tour has been confirmed.

Standing In The Shower   (partial recording)