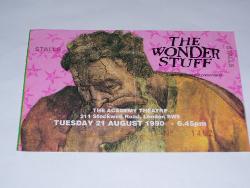 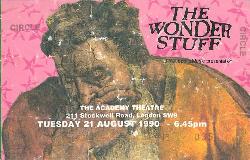 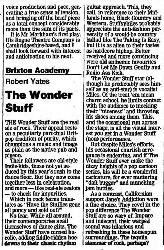 Up The Beach
Mountain Song
Idiots Rule
Been Caught Stealing
Bobhaus
Pigs In Zen
Then She Did...
Whores
Stop!

Jane's opened for The Wonder Stuff. Spirit Of The West rounded out the bill.

On Page 169 of David Thompson's book Saga of a Hypster he erroneously reports that Jane's Addiction were the special guests of Ten-Legged Groove Machine. The Eight Legged Groove Machine is actually the name of the album The Wonder Stuff were touring to promote at the time.

The circulating video is shot from the side of the stage.