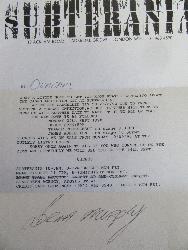 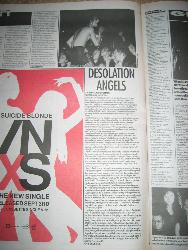 This show was canceled at the last minute due to Perry being sick, and made up a few weeks later on September 24.  The band actually took the stage where Perry apologized.  The guys played 3 instrumental tunes.

According to page 169-170 of the book Saga of a Hypster, this show sold out within minutes. The book also states that Perry got sick (the band scratched their Reading Festival performance the following day) and the show was done without him. The following quote is from the book:

Stephen, Eric, and Dave headed down to Subterrania alone, hoping to see that night's show through with a handful of instrumentals but their halfhearted doodlings were no substitute for the real thing. They left the stage in mute disarray.

Contrary to what is said in the book, Perry did show up to the show to announce he was unable to perform and to announce the make up date.