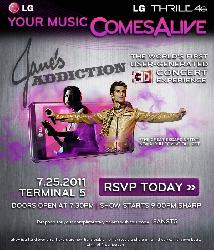 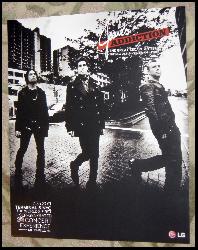 This show marks the live debut for Irresistible Force.

Jane's Addiction played a semi-private event sponsored by LG. Although many fans were able to get into the show via ticket give-a-ways. The show was streamed live on YouYube and filmed by some of those in attendance using LG 3D phones. The resulting footage was be assembled to create the first ever user-generated 3D concert and was posted to YouTube on August 4th, 2011.

The entire concert was released on audio and video as Live in NYC.