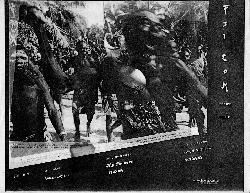 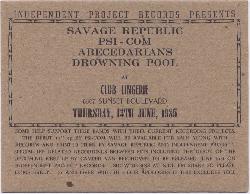 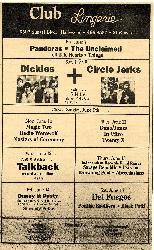 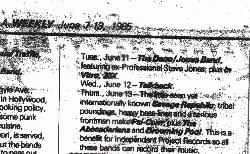 Psi Com opened for Savage Republic. The Abecedarians and Drowning Pool also performed.  An early version of what would become the Jane's Addiciton song "Kettle Whistle" was performed.  According to Perry, the working title for the song at the time was "Beautiful Too".

The self-titled Psi Com album was sold at this show.

Thanks go out to Reena for confirming this show with the L.A. Weekly scans.