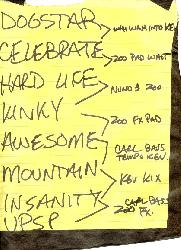 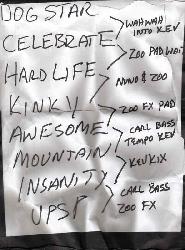 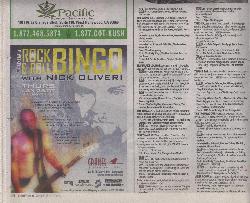 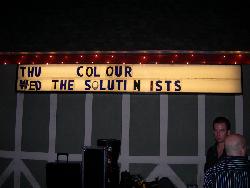 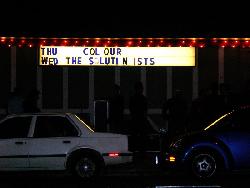 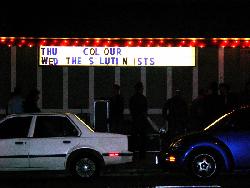 Club NME night at Spaceland. Satellite Party was being as "The Solutionists" for this show. Gram Rabbit also performed.

The former Jane's Addiction frontman and Lollapalooza Festival founder led a raging set -- the first with his new band before they kick off a major tour later this month.

Farrell, looking smart in a black waistcoat and striped tie, slinked across the stage exuding tremendous energy and enthusiasm during the 40-minute set.

Mid-way through the set, the godfather of alternative rock popped open a giant bottle of champagne and passed around glasses to share the bubbly with the crowd.

"It's great to be here," Farrell said, holding his glass in the air. "This feels like the good old days."

"It's good to see you, Perry!" responded a man from the audience.

After announcing that Satellite Party's first above-ground gig will be at the X Games later this week in Colorado at the foot of a mountain, the band launched into the Jane's Addiction classic 'Mountain Song'. The crowd went wild, headbanging along.

Farrell told NME.com about Satellite Party's forthcoming album, 'Ultra Payloaded, due out in May.

"It's a hybrid of sound, topped off with a 30-piece orchestra," he said. "It's very lush and positive. Fergie (of Black Eyed Peas) came into my garage and sang. Thievery Corporation also worked their magic. And my dear friend Flea (of Red Hot Chili Peppers) was the first person I collaborated with."

"It feels really great to be playing at Club NME," he added.

The Von Bondies guitarist Marcie Bolan deejayed throughout the evening.