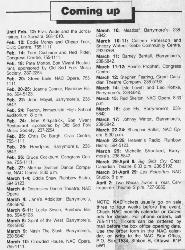 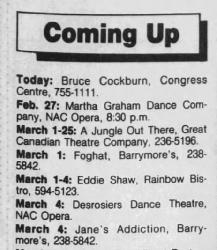 This is somewhat of an infamous Jane's Addiction show, thanks mostly to the widely-available bootleg recording that later surfaced. Perry was quite wasted out of his mind, and spouted lots of hilarious banter throughout the show, even changing many lyrics. "Pigs In Zen" is probably the most altered, with Perry apparently dedicating it to a particularly rough member of the venue's security staff, changing lyrics to the likes of "That bouncer is a pig"... "(He's a) goddamn asshole". He also makes a few references to pro wrestling, as the show apparently occurred near WrestleMania. The band's sloppy performance causes some fans to consider this one of their worst shows, while other fans consider Perry's amusing banter some of his all-time best, making it one of the most memorable recordings out there.

Recording Info:
Decent soundboard. The most common version (released on the bootleg Skin & Bones) is pitched a bit slow, making Perry sound a bit lower than normal. However, there are fan-fixed versions at the correct speed. Directly after "Summertime Rolls", the opening guitar notes of "Ocean Size" can be heard, though the recording abruptly cuts off and song is not included. It's unknown which other songs may have also been omitted.