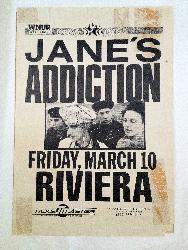 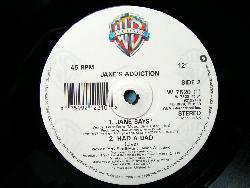 The Shocking Ep Side 2

Up The Beach
Whores
1%
Idiots Rule
Had A Dad
Ted, Just Admit It...
Standing In The Shower... Thinking
Bobhaus
Pigs In Zen
Summertime Rolls
Ocean Size
Trip Away
Jane Says

This show was professionally recorded on 8 track.

The live version of "Had A Dad" found on "The Shocking E.P." was recorded at this show.

The Imperial Bells of China will celebrate the images and culture of China 2,400 years ago at 8 p.m April 22 at the Civic Opera House, 20 N. Wacker. Tickets for the dance-music-poetry spectacular range from $12.50 to $25.50. A 64-piece set of bronze chime bells will be the centerpiece. Tickets will be on sale at 10 a.m. tomorrow at the box office and Ticketmaster outlets. (559-1212).

Comedians Penn & Teller, originally scheduled to perform April 25 to June 4 at the Civic Center for the Performing Arts, 20 N. Wacker, have canceled. Pianist Michael Feinstein has postponed his April 4 through 23 engagement indefinitely at the Civic Theatre. New dates will be announced in late spring. Tickets should be returned to the point of purchase for refunds (559-1212).