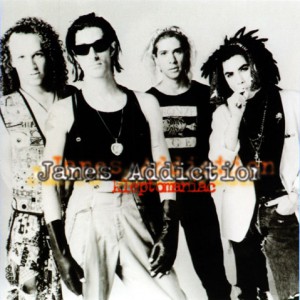 Kleptomaniac is a silverback CD bootleg, there is no company name listed on the album packaging.  It is a mixture of three Jane’s Addiction performances.  Additionally, the sources are not presented in blocks of performance order, making deciphering what tracks came from where difficult.  Currently, it is believed that tracks 1 and 9 come from a Jane’s Addiction performance from June of 1990 at La Ultima Carcajada de le Cumbachana in Mexico City, Mexico.  Tracks 2-7, and 11-12 are from the famous Hollywood Palladium show in Hollywood from December 19, 1990.  Tracks 8 and 10 are from the April 7, 1991 concert at Sala Universal Sur in Madrid, Spain.

While the bootleg’s back cover claimes that all the tracks were recorded during the “farewell tour” in 1991, most of the songs on this bootleg were recorded in 1990.

One of the biggest highlights from this bootleg is the photo of Perry Farrell wearing a suit and straddling an American flag on the back cover, essentially making it a gigantic phallus. 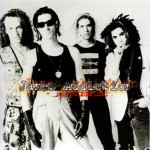 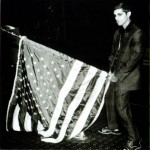 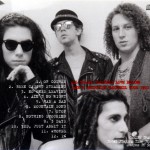