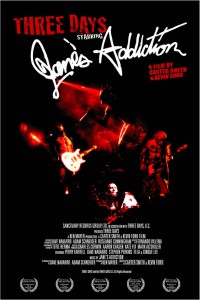 Three Days is the film by Carter Smith and Kevin Ford about the 1997 Jane’s Addiction relapse tour.  This movie made it’s debut on January 23, 1999 at the Slamdance International Music Festival in Utah, and was shown in a handful of small theaters in the US afterward. In the four years between the film’s premiere and eventual DVD release, the movie was extended by 12 minutes as well as underwent several changes and edits, some of which was leaked onto the internet.  This film was finally released on DVD by Sanctuary on October 7, 2003 in the US and November 3, 2003 in the U.K.

This film is an intimate look at the 1997 tour and pulls no punches.  Fans can clearly see the darker side of the tour and what transpired behind the scenes.  This film was shot mostly in November of 1997, and followed the band across shows in Atlanta, Houston, Las Vegas, Los Angeles, Miami, New York City, Portland, San Diego, San Francisco and Seattle.

The U.S. NTSC DVD is presented with both Dolby Digital 5.1 surround sound and, Dolby 2.0 stereo.  Both audio tracks have a very aggressive bass mix.  The 1.78:1 aspect ratio video is non-anamorphic, making picture quality suffer greatly when displayed on 16×9 televisions.

The U.K. PAL DVD also has both a Dolby Digital 5.1 surround track, and Dolby 2.0 stereo track, however the 1.78.1 video is anamorphic, making it upscale to 16×9 televisions quite well.  There appears to be two versions of this DVD, one with a 15 rating and another with an 18 rating.  I currently have no information of there are any content differences between the two versions.

All versions include 40 minutes of outtakes and an audio commentary track by the directors.

The film was nominated for the Grand Jury Prize at the 1999 Slamdance Film Festival, and the co-writers and directors won the Documentary Film Award for their writing at the 1999 New York International Independent Film & Video Festival. 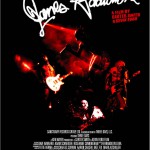 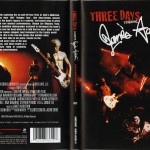 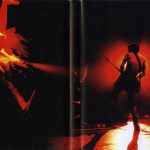 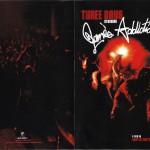 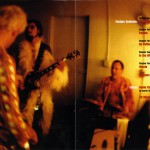 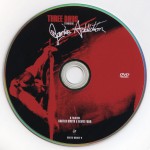 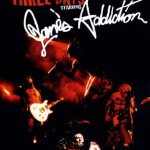 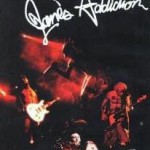 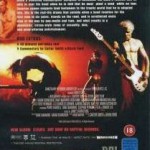