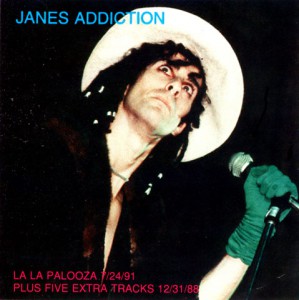 La La Palooza is a very rare silverback CD bootleg.  Its name is an error on the Lollapalooza concert name.  This title is comprised of a recording of Jane’s Addiction performing at the July 24, 1991 Lollapalooza concert at the Irvine Meadows Amphitheater in Irvine, CA and the band’s show at the Variety Arts Theatre in Los Angeles, CA from July 10, 1987.

This bootleg has a number of mastering problems.  The biggest issue with this disc is the recording is played back at too low a speed, making Perry’s voice sound too deep and the music slower than it should be.  Additionally, while the disc lists fourteen tracks on the liner notes, there are only eleven tracks on the actual disc and nearly every song title is misnamed.

This disc does not have a company name on it, however it is believed this may be from Totonka as it includes the same secondary liner booklet as Totonka’s two-disc Live And Profane bootleg collection.  A properly mastered version of this bootleg was released by Kiss The Stone under the name Abdication.

The second liner booklet contains an essay that goes as follows:

Perry Farrell: “When your fans start to look like you, that’s when it’s time to move on. I don’t want to be kind of the ring nosed dreads.”

In the earliest eighties, the insular Los Angeles underground music scene, made up largely of over-educated misfits and art-school dropouts, exploded from the violent impact of suburban hard-core punk and scattered into a thousand fragments. Some of the fragments – the American-roots thing embraced by such bands as X and the Blasters, the neo-sixties scene that spawned the Bangles – became quite popular both inside and outside L.A.

The self-described “art” scene – depressed, black-clad musicians playing music almost as performance art, usually as an ironic comment on the state of pop culture – produced a lot of bands and venues but not many fans. Basically, all but the most popular LA art bands played to each other, to the 26 people on the guest list at the Anticlub on a Thursday night.

One of these bands, and by no means the best, was Psi-Com, whose lead singer, Perry Farrell, was king of the ring-nosed dreads. Psi-Com broke up out of ennui after half the members left to join a religious cult, but not before Eric Avery auditioned for the band in 1986, playing one bass riff for 45 minutes while Farrell improvised vocals. Psi-Com would never play another gig, but a few months later Stephen Perkins and David Navarro, the high-school-aged drummer and guitarist for a local glam-metal band, joined the group, which named itself Jane’s Addiction after the habit of a junkie friend of Avery’s and Farrell’s (Jane, now clean, works as a secretary in Hollywood – her idealized portrait, as the Virgin Mary, is on the inside cover of the lyric booklet that comes with the Ritual de lo Habitual CD.)

By the end of 1986, the thrashings of Hollywood post punk had all but withered away; what rose up in its place was plain old heavy metal again, and the heat that had surrounded local alternative music cleaved onto the retro-seventies hard-rock grooves you now hear on MTV. Guns ‘N Roses came out of the scene that formed at the club Scream, which happened a couple of times a week in a big, empty room under the Embassy Hotel in downtown LA Jane’s Addiction, which by this time had acquired a heavy, metallic sheen to underpin Farrell’s arty meanderings, was also wildly popular at Scream, where the kids didn’t care how left-field a band was as long as it had loud guitars. The standard comparison in those days put them as Led Zeppelin to Guns N’ Roses’ Aerosmith, because Farrell’s voice was shrill, the song structures powerful and abstract.

Jane’s Addiction stood out as art music that metal kids could like too – “neometal” as easy to bang a head to as to contemplate to on headphones – and the success of the non-genre genre made it possible for other West Coast bands like Faith No More, Primus and Soundgarden to cross over with out confining themselves to a genre either. Where the record industry tends to peg bands as pop, rock, metal or alternative. Jane’s Addiction was all of the above.

In 1987, the band was signed by Warner Bros. Records for a sum large enough to stun the underground; in early 1988, it released a live album on local Triple X Records that included the classic “Whores”; in late 1988, it released its first major-label album, Nothing’s Shocking, which included a song about Ted Bundy, a pile of metaphors for heroin addiction (a problem that plagued all members of the band except for drummer Perkins) and an album cover that pictured Casey as naked Siamese twins with their heads ablaze. The nude videos accompanying the album were banned by MTV. Nothing’s Shocking was nominated for a Grammy but lost out to Jethro Tull. In 1990, Ritual went gold in less than a month, and the band went from playing small theaters to selling out Madison Square Garden. The band was speaking to somebody. 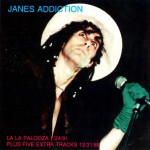 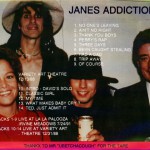 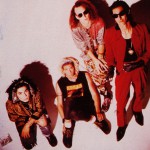 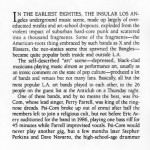 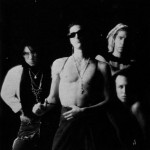 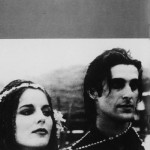 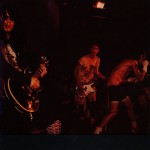 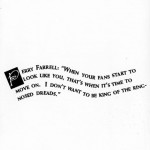 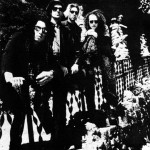 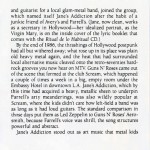 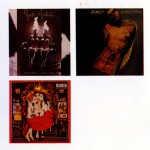 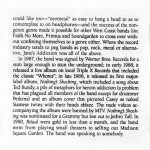 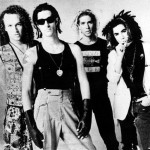 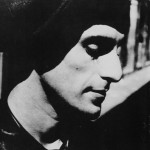