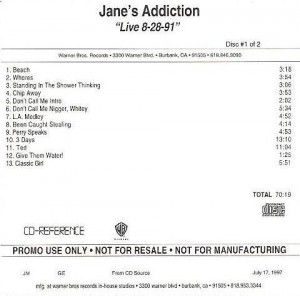 Live 8-28-91 is a live double-CDR promo released by Warner Brothers on July 17, 1997.  It contains a “rough soundboard mix” recording of Jane’s Addiction at the final 1991 Lollapalooza show at the King County Fairgrounds in Enumclaw, WA.  While this recording was never released commercially, the same soundboard recording has been available in trading circles for years.

The track listing provided incorrectly lists track 4 as Chip Away, when it is in fact Trip Away.  Track 9 is listed as Perry Speaks, which includes the song Thank You Boys.  Other track titles are shortened forms of their official names. 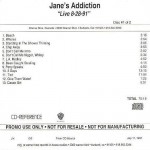 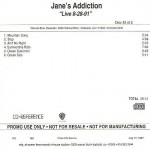 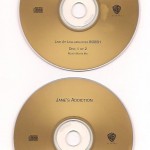