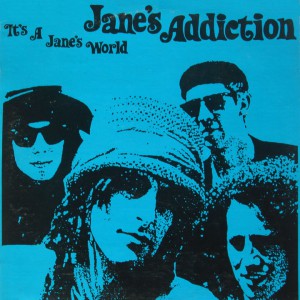 It's A Jane's World

It’s A Jane’s World is a 12″ vinyl bootleg from Toast Records.  It uses a recording from two Jane’s Addiction concerts.  The first being May 9, 1988 at the Wiltern Theater in Los Angeles, CA and the second being at Topper’s Cafe in La Verne, CA on September 3, 1987.  However the shows’ songs are not presented sequentially, and are shuffled around each other.

The second appearance of Mountain Song cuts in when Perry shouts the opening lines of the song, and cuts out just before Dave’s solo. 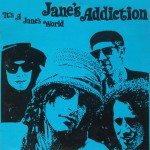 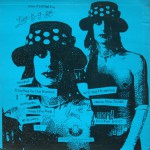