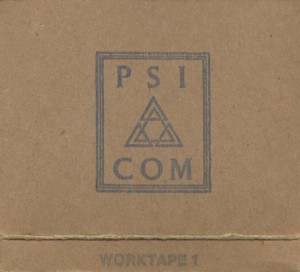 Worktape 1 is a self-produced cassette containing three demos by Psi-Com.  Released in early 1984, this cassette was sold exclusively at live Psi-Com shows.  The demos on this tape were originally recorded by the band to try and get a record deal, but according to the album’s liner notes, “popular demand” forced a public release.

This cassette is extremely rare and limited to only 50-60 copies according to founding Psi-Com bassist Rich Evac, who oversaw the tape’s creation.  Worktape 1 comes in a cardboard sleeve and includes a promotional photo of the band with its original line-up, and a lyric sheet, and album notes.  Additionally, some versions of this tape come with a sticker of the Psi-Com logo while others came with a textile patch.

The liner notes contain a short essay by “E.C. Rhycarde” about the band.  E.C. Rhycarde is a pseudonym for Rich Evac, whose real name is Richard Robinson.  Evac was primarily responsible for the package’s contents with input provided by the rest of the band.  Additionally there is a short blurb about the recording itself.

In addition to scans of the contents of Worktape 1, we have scans of a mock-up for one of the album inserts, some alternate takes of the band promo shot, a promotional flyer used at shows to advertise the availability of the tape, copyright certificates for the songs, and a shot of the original master tape for Worktape 1.  Thanks go out to ‘Jay’ for providing those scans.

The two texts that came with Worktape 1 are as follows:

About Worktape 1: Recorded and rough-mixed 3/27/84 at Pacifica Studios, L.A. Produced by Psi Com and our superb friend, Tony Cahill. Engineered by Nimble Glenn Feit. Intended strictly for use as a demo (work-tape), but popular demand has necessitated this special cassette release. Reproduced on Normal Bias tape, no Dolby. Not available in stores, sold only at Psi Com events. Money from the sale of this cassette will be used to finance Psi Com vinyl to be recorded early 1985. The contagion cassette pak (sic) which encases Worktape 1 was created by Rich Evac. Special thanks to A Produce for post-production assistance with this release.

PSI COM is a band created from hyper-deviant elements of the international culture in Los Angeles in 1983. The result is a gestalt of individual, complementary drives and impulses focussed (sic) in common purpose. The music emerges suggestively, not in narrow statements but in textured layers of mood and image. PSI COM seeks to create questions, leaving each to his own answers. PSI = mind, COM = communication.

The band has gained a strong reputation for powerful and moving performances. More concerned with music than fashion, PSI COM remains an enigma to those who would categorize: post-punk, neopsychedelic, acid wave……..the band members refuse to discuss such labels. They prefer to concentrate all their energies on the dread driving edge of the PSI COM sound. The most anyone can agree on is a positive darkness and subtle intrigue.

All PSI COM songs are written by the band as a unit and the arrangements are purely organic. All lyrics are written and delivered with painful intensity by Parry Farrell, who also plays percussion. Vince “Bones” Duran quietly strangles the bejeezus out of his guitar, while Mariska Leyssius haunts the keyboards. Ex-Afterimage bassist Rich Evac and drummer Aaron Sherer provide the punishing rhythm. 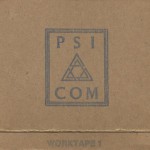 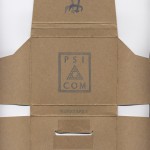 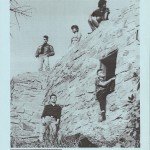 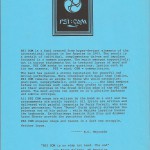 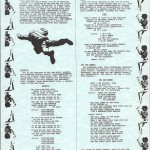 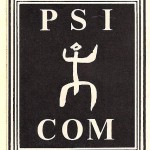 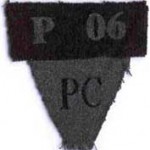 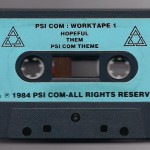 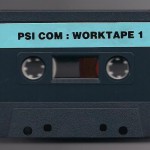 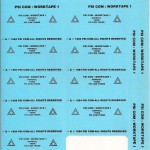 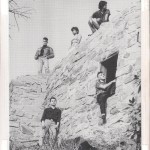 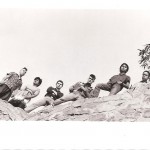 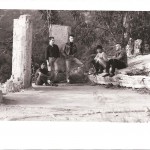 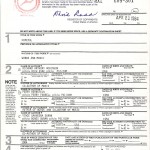 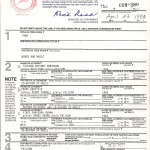 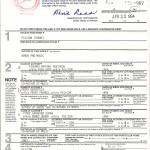 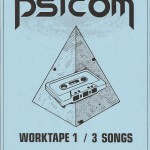 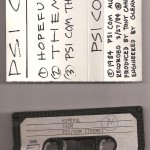