From Love it Loud:

Although unique style has been replaced by something more stale and mainstream, cult filmmaker Tim Burton is still a highly respected artist, whose classic movies have included Beetlejuice, Edward Scissorhands and A Nightmare Before Christmas.

An exhibition at the Los Angeles County Museum of Art has begun today that will run until – rather appropriately – Halloween, and includes hundreds of photgraphs, paintings drawings, puppets, costumes and more from his work over the last thirty years.

To celebrate the event, Jane’s Addiction performed a set in the courtyard of the museum. “Really had a fabulous time at The Tim Burton exhibit at LACMA. If you get a chance, you really must go,” said guitarist Dave Navarro on his Twitter page, having previously stated that he was ‘honored’ to perform.

Frontman Perry Farrell even dressed for the occasion, prompting Navarro to add, “I always knew that @perryfarrell was mad as a hatter.” Celebrity fans also praised the performance, with guitar legend Slash stating, “Just got back from an amazing Tim Burton art exhibit at LACMA. & Jane’s Addiction played a set in the courtyard. Pretty cool.” 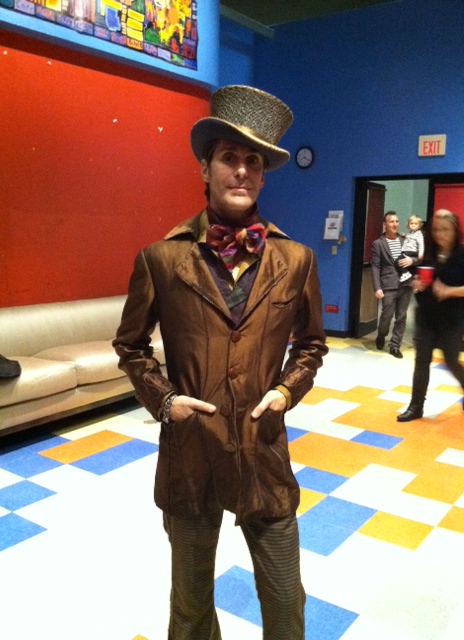